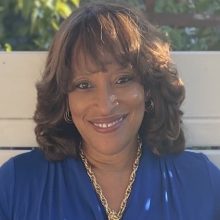 Sherryl Hobbs Newman’s primary focus has always been on serving and working with the community to build better opportunities for its residents. Her past 35 years of professional work have been primarily in public service in New York City and the District of Columbia. She began as an Office Assistant and rose to Executive or Cabinet-level positions in both cities. Her contributions include full-scale agency-wide transformations in multiple “resident service-focused” agencies. Her efforts improved revenue, wait times, service delivery, response times, constituent satisfaction, employee development and morale, and perceptions of city services. The improvements were cutting edge and received national recognition or became industry benchmarks for best practices. Sherryl established the District of Columbia citywide call center (now known as 311), reorganized and modernized the Department of Motor Vehicles into a national award-winning organization, served as the Secretary of “State” for the District, representing the District at the executive level on numerous national and international organizations, and served as Chief of Staff for Ward 4 Councilmember Brandon T. Todd. She has used her skills and expertise to transform and change the directions of organizations through best practices around communications, organizational development, and operational assessment and improvements, with a focus on internal and external customer needs.

To complement her time in the public sector, Sherryl worked in the private sector at her own consulting firm and two other District-based minority-owned firms. Additionally, she worked for a public service medical provider, where she directed community engagement, client services, and operations. Sherryl serves as Director of Community Engagement at LINK. In this role, she uses her vast background and expertise to engage in strategic planning and transformational change, assists with organizational development and assessments, and facilitates community engagements and events of all sizes. Her areas of expertise include: Strategic Planning, Organizational Development, Project Management, Government Relations, Customer Service Systems and Operations, Community Engagement and Facilitation. Sherryl is from the Bronx in NY and earned two undergraduate degrees from Rutgers University–a Bachelor of Arts in Economics and a Bachelor of Science in Chemistry, along with minor degrees in African American History and Accounting. Sherryl has a Master of Business Administration degree in Human Resources Development from Pace University, Lubin School of Business, is a graduate of Leadership New York City and Leadership Greater Washington and has a Project Management Certificate from Georgetown. Sherryl has two adult daughters and resides in Ward 4 of Washington, DC with her husband, Robert.