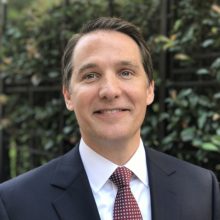 President & CEO, Center for the Study of the Presidency and Congress

Glenn Nye is the President & CEO of the Center for the Study of the Presidency & Congress (CSPC), a nonpartisan think tank aiming to educate future public policy leaders while serving as an honest broker between the White House, Congress and the Private Sector. He leads discussions on key national security issues and reforming our political system to be more civil and responsive to the American people. Nye is a former Member of Congress who bridges the public policy and technology communities. He served Virginia’s Second Congressional District in the U.S. House of Representatives where he distinguished himself as a bipartisan legislator, ranking among the top-10 most independent voting members. Nye served on the Armed Services, Veterans, and Small Business Committees, chairing the Small Business Subcommittee on Contracting and Technology. He was commended for consistent bipartisan support of a pro-growth economic environment and a vibrant middle class, strong national security, and support of veterans and military families- earning the endorsements of the VFW, teachers, business groups, and firefighters. He championed structural reforms to enhance the effectiveness of government and civility among citizens, including nonpartisan redistricting and government spending reforms. After serving in Congress, Nye became an advisor to technology companies, guiding executives and policymakers in the areas of data analysis and personal data privacy. He serves on the board of directors of iMMAP, a data analysis and mapping company serving the international development community, and the board of advisors at FiscalNote, a government data and workflow software company. He served previously as a senior advisor to Palantir Technologies, focusing on military and corporate applications, and Datacoup, a personal data marketplace company. After graduating from the Georgetown University School of Foreign Service, Nye spent his early career as a U.S. diplomat serving the State Department and USAID in the Balkans, Southeast Asia, Afghanistan and the Middle East. He was recognized with a Superior Honor Award for brokering the release of an American held hostage by insurgents in Macedonia and participated in negotiations for the U.S.-Singapore Free Trade Agreement. He also led economic and political stabilization operations supporting counterinsurgency missions in Afghanistan and Iraq. Nye continues to enhance understanding between branches of government by lecturing about the behind-the-scenes workings of the U.S. Congress to members of the foreign policy community. He remains active in thought leadership on technology and public policy issues. Nye is a member of the Congressional Leadership Council of the “Fix the Debt” campaign. Nye has written and led discussions on politics, security, and digital technology issues as a Senior Fellow at the German Marshall Fund of the U.S., a trans-Atlantic think tank.