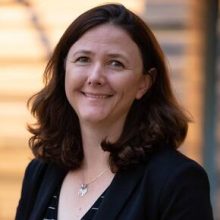 Taryn Barclay has over 20 years of corporate experience and has been with Cargill since 2007. Taryn works to advance Cargill’s food security, nutrition and sustainability strategies and partners with Cargill businesses on stakeholder engagement, NGO partnership development, issues management, communications and employee engagement.

Prior to Cargill, Taryn was appointed IPC Media’s (formerly part of Time Warner) first Corporate Responsibility (CR) Manager to lead and implement the company’s CR strategy and activities. With a background in Human Resources, Taryn has worked in numerous roles in the UK and South Africa, where she commenced her career in the coal mining division of BHP Billiton.