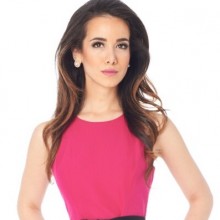 Tara Kangarlou is an award-winning journalist who has reported and produced breaking news stories, investigative pieces, and magazine-style print and broadcast stories on both domestic and international issues. Over the years she has written, reported, and produced for CNN, CNN International, NBC Los Angeles, Al Jazeera America, and Al Monitor.
As a multimedia journalist, Ms. Kangarlou has reported from the United States and around the world including Canada, Europe, and the Middle East. In 2015, she led Al Jazeera America’s unprecedented access to report and produce from Iran during the historic nuclear negotiations. She has interviewed many high-ranking politicians, heads of states, and senior government officials from the U.S. and beyond.
In the recent years, she has spent much time reporting on the ground in conflict zones and in the Syrian border regions of Lebanon, Jordan, and Turkey. In 2016 she founded Art of Hope an NYC-based 501(c)3 non-profit, non-governmental, non-religious charitable organization that helps refugees overcome trauma, PTSD, and psychological wounds of war through art-therapy, vocational training, and alternative educational programming.
Ms. Kangarlou is currently a visiting scholar at the prestigious East West Institute and is working on her upcoming book on Iran due for publication in 2018.