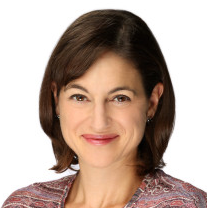 Sylvie Légère has been actively involved for over 20 years in project management and implementation in both the business and not-for-profit worlds. Someone once told her that we judge a community by its ability to care for its most vulnerable members. Sylvie believes that caring is giving people opportunities to improve their quality of life. Sylvie co-founded Foov Fitness to provide trainers, family members and caregivers a way to connect with people with developmental disabilities to increase their physical activity, and ultimately improve their quality of life.

Sylvie is part of AEI’s National Council. Her participation in policy seminars prompted her and two friends to start a policy discussion group in Wilmette, IL. The group called itself the Rose Friedman Society, and its growth and success became the reason to establish The Policy Circle with Angela and Kathy.

Sylvie holds a Bachelor’s in Commerce with a specialization in Management Information Systems from the University of Ottawa, Canada, and a Master’s in Computer Science with a specialization in the Learning Sciences from Northwestern University, in Evanston, Illinois. Sylvie spent her career at Accenture, TD Ameritrade and JP Morgan Chase; she also has worked on projects with nonprofits such as World Bicycle Relief, Housing Opportunities for Women, and the dZi Foundation. Fluent in French, English and speaking some Spanish, Sylvie is an avid runner and cyclist. Sylvie and her husband, Todd, are co-owners of Higher Gear Bike Shops; they live in Illinois with their three children.