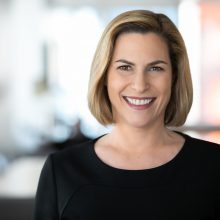 Susan Del Percio is a well-known political strategist and crisis communications consultant.  She is a political analyst for MSNBC, making frequent appearances on the network’s various news programs, and a columnist for OZY media.

With nearly 30 years of experience in the political, government, nonprofit and private sector arenas, she is a trusted advisor helping leaders develop and execute focused strategic communications and winning crisis management campaigns.

Her unique insights on government procedure, regulatory environments and public policy is highly sought after, especially now, with public affairs, policy and media so thoroughly intertwined.

Appointed as a Special Advisor to Governor Andrew Cuomo in 2014, she initiated and implemented communication strategies, and advised and developed policy initiatives. Susan also served as Deputy Commissioner in the Giuliani Administration (1995-2001) prior to founding her firm in 2001. Her client list includes large and mid-size private corporations, leading elected officials, political organizations and candidates as well as non-profits.

Born and raised in Northeast politics, Susan received both her Bachelor and Master’s degrees from Emerson College, where she currently serves as a Distinguished Lecturer.