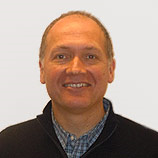 Stephen D’Esposito is President of RESOLVE, an independent organization with a forty-year track record of success. RESOLVE forges sustainable solutions to critical social, health, and environmental challenges by creating innovative partnerships where they are least likely and most needed. RESOVE works with community, business, government, and NGO leaders to get results and create lasting relationships through collaboration.

Today, RESOLVE’s partners include Apple, Shell, the World Economic Forum, the Alaska Venture Fund, the Gordon and Betty Moore Foundation, Newmont, Oxfam, the Pembina Institute, the Enough Project, the Tiffany & Co. Foundation, and many others.

From 1997 through September 2008, Steve was President and CEO of EARTHWORKS, founded by former U.S. Secretary of the Interior, Stuart L. Udall in 1988. Steve built EARTHWORKS into a leading, independent policy and advocacy NGO on mining, oil and gas issues. Under Steve’s leadership, EARTHWORKS enhanced its capacity to provide policy and technical support to community groups, expanded to address international issues, strengthened its policy and science capacity, and launched new initiatives to engage directly with leading companies in the mining, electronics, and jewelry sectors.

From 1986 through 1992 Steve was instrumental in building Greenpeace USA into one of the largest environmental groups in the country. During that time he served as Field Director, Deputy Director and Acting Executive Director. In particular, Steve is credited with building a nationally respected field program and leading a difficult integration of previously independent Greenpeace corporations spread across the U.S., into one, unified Greenpeace in the U.S.

From 1993 through 1995 Steve was Deputy Director and then head of the Executive Committee of Greenpeace International, based in Amsterdam, the Netherlands, where he helped strengthen a number of national offices and programs, reform internal governance and integrate markets strategies into advocacy campaigns. During his tenure, Greenpeace International led the Brent Spar campaign, which helped redefine thinking about advocacy in the corporate sector.

Steve began his career with the New York Public Interest Research Group (NYPIRG) where he worked on environmental, energy and consumer issues and built the organization’s field program. Steve received a bachelor’s degree in political science from Tulane University in New Orleans in 1982.

He chaired the World Economic Forum’s Global Agenda Council on the Future of Mining and Metals and the boards of Resource Media and the Center for Science in Public Participation. He serves on the board of the Diamond Development Initiative and the Natural Resources and Energy Leadership Council (http://www.resolv.org/natural-resources-and-energy-leadership-council) among others. He has advised boards of leading companies, NGOs, and foundations. In his community, Stephen designed and led volunteer recycling programs that spread across Washington, D.C. and resulted in the city’s first recycling law in the late 80’s.