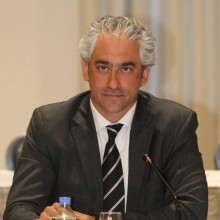 He runs his consulting firm on sustainable development and international business development, including green energy, innovative technology, and quality products, with client companies from Japan and UAE to USA and India.

He advises the Government of Lebanon (Presidency of the Council of Ministers) and the Mediterranean Action Plan of the United Nations Environment Programme as Senior Expert on Sustainable Development and on Sustainable Consumption and Production (SCP) through a number of EU-funded projects. Among them the Switch-Med, carried out by the UNEP/MAP SCP centre, based in Barcelona.

He is also the Senior Advisor to the UNEP/MAP Secretariat and Blue Plan for the review of the Mediterranean Strategy on Sustainable Development for the period 2016-2025.

Spyros participates as a Mentor in Endeavor Greece.

Since 2014, he is President of the Greek Eurasian Business Council (www.gebc.gr) working on business development between Greece and the Eurasian Union countries.

He established in 2012 an all-volunteering campaign under the title “Greeks Can!” showcasing the best examples for entrepreneurship, innovation, art, and quality, developed by Greeks, without any state support, at a time of crisis, aiming to give an incentive to other (mostly young) Greek people to follow the example.

Spyros was elected Member of the Greek Parliament in 2009 (Athens) for a second term from October 2009 until June 2011, and served as Deputy Minister of Foreign Affairs (2009-2011). His duties included economic and energy diplomacy, development co-operation and humanitarian assistance, and environmental and cultural diplomacy.

He was first elected Member of the Greek Parliament as an MP of State in September 2007 with the Pan-Hellenic Socialist Movement (PASOK). He was immediately appointed Political Representative (Shadow Minister) of the Socialist Party on Environment, Energy, and Planning issues until 2009 that he took up duty at the Ministry of Foreign Affairs.

He was president of the International Film and Visual Arts Festival of Rhodes – Ecofilms from 2004 until 2007.
From 2001 to 2007 he held the position of MedWet Coordinator, directing the Mediterranean Wetlands Initiative Unit in Athens, a Ramsar out-posted unit for the entire Mediterranean region.

In 1997 he was appointed Advisor to the Deputy Minister of Environment, Planning and Public Works of Greece, where he worked until 2001.

He has worked extensively with the World Wide Fund for Nature (WWF) since 1991 where he was the Conservation Director from 1995 to 1997 and member of the Management Team directing the organization. Member of the agriculture and European policy teams of WWF International, and chair of the WWF Mediterranean Team. He also worked from Athens as a consultant to the WWF European Policy Office.

He is fluent in Greek, English and French and understands Italian.