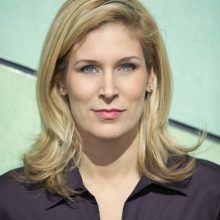 Silvana is the President and Founder of the Women Political Leaders (WPL), the worldwide network of female Politicians. WPL is an independent, non-partisan and not-for-profit foundation. Its mission is to increase the number and influence of women in political leadership.

Before her time in politics she founded and ran a public affairs consultancy in Brussels, which later merged with a larger US firm. Silvana worked as Senior Special Advisor for EY, and as a Senior Policy Advisor for gplus Europe.

In addition to her work for WPL, Silvana serves on the board of the Council of Women World Leaders, the network of female Presidents and Prime Ministers. She is a Board Director of the Social Progress Imperative, and represents the European Union since 2016 in the Executive Committee of W20, an official engagement group of the G20. In 2018 and 2019 she has been ranked as one of the 100 most influential persons in gender equality. Silvana is a regular speaker at institutions such as the UN, OECD, World Bank and other international fora. Silvana is a Young Global Leader Alumna of the World Economic Forum.

With her three kids and their Irish father she lives in Brussels, Belgium.