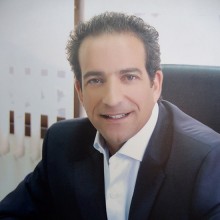 Shehab El Nawawi is the Chairman and Managing Director of Giza Systems, the leading systems integrator (SI) in Egypt and the Middle East. Shehab joined the company as Managing Director in late 2000 when it was on a downward spiral, and in 2004 he turned the company around. Since then he has tripled the company top line and quadrupled its market valuation. On his watch the company saw a comeback that catapulted it to be the leader of the SI pack in the region, with a footprint that now spans the Middle East, and with established and growing subsidiaries in KSA and Dubai, and soon in Doha, Qatar and Tripoli, Libya.

With his team he built a strong and robust vertically focused and customer-centric organization that enabled the development of business in different industry segments; and oversaw the inception of a number of subsidiaries geared to penetrate key growth markets and further expand the company’s geographic footprint.

Shehab started his career in the oilfield, working as a field engineer for Schlumberger Wireline based in Mumbai, India from 1987 to 1991.He then moved to Canada and became the Network Manager for Rogers Data Services in Ontario, and eventually spearheaded the technical trials of data-over-cable (what is now the @home service offered by ISP’s in North America) in 1994. In 1996 he moved back to Cairo and ran the North Middle East sales office for Newbridge Networks, a world-class manufacturer of voice and data switches. Newbridge Networks was later acquired and merged into Alcatel Networks-now Alcatel-Lucent.

Shehab also sits on the board of Injaz Egypt – an NGO dedicated to development of Egyptian youth, and is an active member of Amaan ( Wataneya Society for the Development of Orphanages) and SPARE (Society for the Preservation of the Architecture of Egypt).

Shehab holds a Bachelors (Hons) degree in Biomedical Engineering from Cairo University. He became the Chairman of the company as well as its MD in 2007.