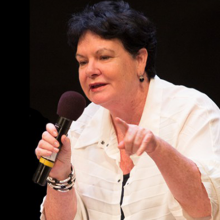 Sharan Burrow was elected General Secretary of the International Trade Union Confederation (ITUC) at its Second World Congress in Vancouver in June 2010. Previously President of the Australian Council of Trade Unions (ACTU) since 1992, she served as inaugural President of the ITUC from its foundation in Vienna in 2006, and of the International Confederation of Free Trade Unions (a predecessor organisation to the ITUC) from 2004.

The ITUC is the world’s peak labour union body and represents 181 million workers in 163 countries and territories and has 340 national affiliates.