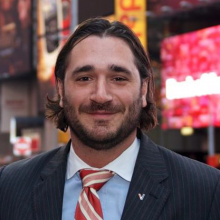 Sergio Fernandez de Cordova, has over 20 years of Advertising, Media, Government and Legal experience. Sergio co-founded FUEL Outdoor Holdings in 2003, growing the company to thousands of outdoor advertising locations in the top nine DMA markets nationwide. As managing partner he ran Government Affairs, Real Estate and Legal, building FUEL to be one of the fastest growing, top 3 largest, privately owned companies in the industry. He sold the company to Och-Ziff, a global institutional asset management firm with over $31 billion in capital, and exited in 2011. Och-Ziff successfully sold the company to Van Wagner Communications in November of 2012; which subsequently sold to CBS, now OutFront, in 2013.

Sergio is also the Co-founder and visionary behind P3 Global Management (P3GM) & PVBLIC Foundation. For P3GM, as Chief Development Officer he leads the global development and policy work behind structuring Public Private Partnerships (PPP) around smart infrastructure with local, state and federal governments as well as aligning multi-stakeholder engagement. As Chairman of PVBLIC he leads the foundations engagement with the White House, United Nations and hosts the Media For Social Impact Summit in partnership with UNOP, where C-Level executives convene to inspire each other on how media can change the world one campaign at a time. As a though leader representing PPP’s, Sergio often speaks at the White House and The United Nations on Public and Private Partnership s a new mechanism to engage the future IoT economy with purpose, as well as how the power of media can help change the narrative and use media for social impact.

Sergio was recently honored with the ‘Global Social Impact’ Award at the United Nations Humanitarian Innovation Forum. As well as named by Dell one of its #Inspired 100 leading global influencers in entrepreneurship, using technology to empower and inspire others. Sergio is the United Nations Representative for AIESEC International, has served or currently serves on the board of or advisor to; SDG-Fund PSAG, Imperative Fund, AllCot Group, BitFury, United Nations ECE, ToolBox, MAP – Millennial Action Project, UNFoundation, ForeSight Group, Dell, SBA, NYGLD, WireLawyer, NGO-CSD, Availor & The Resolution Project.