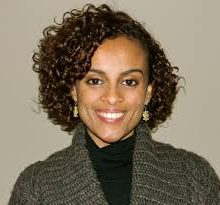 Semhar Araia is the Managing Director for Diaspora & Multicultural Partnerships at UNICEF USA, where she is responsible for developing and leading the organization’s overall partnerships strategy with diaspora communities in the United States in support of UNICEF’s mission. A recognized practitioner, organizer and thought leader on diaspora engagement, African affairs, women’s leadership and international development, her mission-driven lens and approach has helped amplify the role of diasporas in development, humanitarian affairs and international affairs.

Ms. Araia is also the founder of DAWN, the Diaspora African Women’s Network, a global network whose mission is to support and help develop the next generation of African diaspora professional women focused on African affairs. She previously served as a diaspora engagement technical advisor to communities, governments, international organizations, and non-profit organizations, including the African Union and the United Nations. Ms. Araia began her career as an attorney for the implementation of the 2000 Eritrea-Ethiopia peace agreement, and later served as a policy advisor at Oxfam International, The Elders, and the United States House of Representatives.

Ms. Araia has been recognized for her work by President Barack Obama. She is a 2012 White House Champion of Change, an African Union Diaspora Awardee of the Year, and was recognized in OkayAfrica Top100 Women and Foreign Policy magazine’s Top 100 Women on Twitter lists.

Ms. Araia has been featured in the Financial Times, BBC, NPR, Al Jazeera, The Guardian, The Root, Africa54, AfroElle, Ventures Africa and other media outlets. She received her Juris Doctor from Marquette University Law School and her bachelor’s degree in International Studies and Economics from the University of Saint Thomas in Saint Paul, Minnesota. Ms. Araia was born in New York City to Eritrean immigrant parents and resides in New York City.