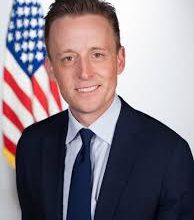 Sean Cairncross was nominated by President Donald J. Trump to serve as Chief Executive Officer of the Millennium Challenge Corporation on January 8, 2018 and was sworn in on June 24, 2019. As CEO, Mr. Cairncross leads the agency and provides strategic direction and vision as MCC fulfills its mission of reducing poverty through economic growth and advancing America’s interests around the globe.