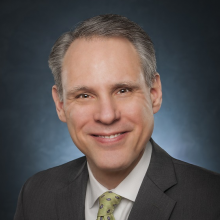 Scott Price is Executive Vice President for Global Leverage of Walmart International, a fast-growing segment of Walmart’s overall operations with more than 6,200 stores and more than 850,000 associates in 27 countries outside the United States. Based in Bentonville, Scott is leading key strategic initiatives from the International Support Center, including international Real Estate, integration, leverage, ISD and global format development.

In addition to his role as Chief Administrative Officer, he served as president and chief executive officer of Walmart Asia from 2014 to 2016.

Before joining Walmart, Scott served as chief executive officer of DHL Express Europe. Prior to that, he was chief executive officer, DHL Express Asia Pacific. He also was the president of DHL Express Japan, DHL’s largest market in the Asia Pacific region. Before joining DHL, Scott spent a decade with the Coca-Cola Co. During that period, he assumed various roles, including country leadership roles in Japan, and as a director and region manager in China.

Scott serves as the chairman of the National Center for Asia-Pacific Economic Cooperation, the only U.S. business association focused exclusively on facilitating American private sector input to the APEC process and APEC’s 21 member countries. He also is a member of the U.S. India Business Council and serves on the board of trustees for the University of Virginia Darden School of Business.