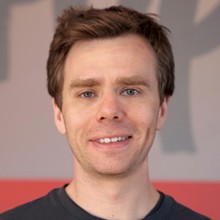 Scott Heiferman is a Co-Founder and CEO of Meetup, the world’s largest network of local community groups. Over 50,000 Meetups (self-organized community events) happen each week. Millions of people in over more than 100 countries “use the internet to get off the internet” using Meetup, which is built on the idea that every town needs support groups, playgroups, bookclubs, business circles, running groups, community action groups, etc. Previously, Heiferman co-founded Fotolog, a photo sharing network where over 30 million people have uploaded nearly a billion photos. He also founded i-traffic, a top online ad agency in the 90s. He then fled the ad industry and was influenced by 9/11 to start Meetup. Scott graduated from The University of Iowa. He is an angel investor in Betaworks, Founders Collective, Virgance, 20×200, and others. Scott received the Jane Addams Award from the National Conference on Citizenship and was named an MIT Technology Review “Innovator of the Year”. He’s @heif. – See more at: https://www.crunchbase.com/person/scott-heiferman#sthash.qhYSUFin.dpuf