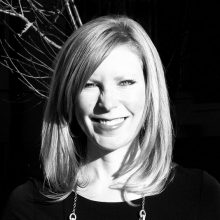 Sarah Lenti is the CEO of SAM, the Serve America Movement. In addition, and through her political consulting firm, SML Advisory Partners, Sarah works as a policy consultant and political advisor to elected officials, up-and-coming candidates, Fortune 500 executives and non-profit organizations.

Armed with a graduate degree in Russian & East European Studies from Stanford University and an undergraduate degree from the University of Virginia, Sarah kicked off her career in politics by joining the Bush-Cheney 2000 campaign in Austin as a policy staffer.

Following the campaign, she served in the Bush administration as a policy advisor to National Security Advisor Condoleezza Rice. She also served as an advisor to former Massachusetts governor Mitt Romney and was the lead researcher on Governor Romney’s 2010 book, No Apology: The Case for American Greatness.

She has worked on four Presidential campaigns in a range of roles from policy writer to a regional press secretary. Lenti was awarded Term Membership at the Council on Foreign Relations. She was an Executive Producer for the documentary film, Underwater Dreams. She is currently on the board of The National Immigration Forum. In addition, Sarah is currently working with three non-profits focused on the political empowerment of Syrian women.

Sarah and her sons reside in Denver, Colorado.