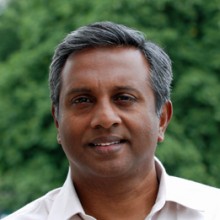 A long-term activist on poverty and justice, Salil Shetty leads the movement’s worldwide work to end human rights violations. Prior to joining Amnesty International, Salil Shetty was Director of the United Nations Millennium Campaign from 2003 to 2010. He played a pivotal role in building the global advocacy campaign for the achievement of the Millennium Development Goals.

From 1998 to 2003, he was chief executive of ActionAid, and is credited with transforming the organization into one of the world’s foremost international development NGOs.

Salil Shetty studied at the Indian Institute of Management in Ahmedabad and at the London School of Economics.