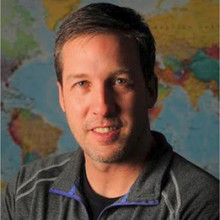 He established DARPA’s first full-time presence in an active conflict since the Vietnam War. Additionally, he led the successful implementation of the Command Post of the Future to the Army during the height of the Iraqi conflict; established the DARPA Forward Cell in Kabul, Afghanistan; and served as the Deputy Director of the Adaptive Execution Office, as well as the Director of the DARPA Forward Cell.

Mr. Paterson’s Marine Corps experience includes training, deployments, and operations as an armor officer at the platoon, company, and battalion levels. He holds a BS in Mathematics from Virginia Tech and a MS in Applied Mathematics from the Naval Postgraduate School.