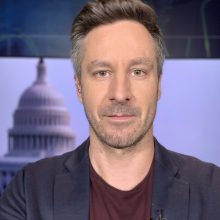 Ryan Heath is senior editor at POLITICO, where he leads POLITICO’s analysis and reporting on global issues and events. Until mid-2019 he reported from Brussels, directing POLITICO’s EU election coverage and the Brussels Playbook newsletter. Ryan is the author of two books on politics and previously worked as a presidential speechwriter and spokesperson at the European Commission, and for the U.K. Cabinet Office. Ryan appears on CNN, NBC and Fox News.