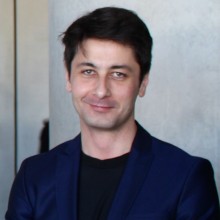 Rovshan Muradov is the Secretary General of the Nizami Ganjavi International Center, a Fellow of the World Academy of Art and Sciences, Board of Governance Member of the East West Bridge and the driving force behind the huge success of the Baku International Forum which this year assembled some 70 current and former heads of state or government and hundreds of academicians from all over the world. Born in 1987 Rovshan studied at State Economic University/Azerbaijan and graduated with a master in International Economic Relations. He later he has been accepted for the doctorate at State Economic University/Azerbaijan. He attended courses at Cambridge College Boston/USA, Sterling University Edinburgh/UK, University of Georgia Tbilisi. 2007 He was nominated to represent Republic of Azerbaijan at United Nations General Assembly as a youth delegate and the only delegate serving for the full 4-year term. Founder of the first and the biggest Student Youth Organization in the Republic of Azerbaijan with 17,000 student members. He also interned at the Ministry of Foreign Affairs, Ministry of Communication and Information Technologies, and State Committee on work with Diaspora. He lectured at the State Economic University, participated at international scientific conferences in Tbilisi, Bucharest, London, Istanbul, Alexandria and Warsaw. He has also published several books dedicated to the economic situation of Caucasus Region, and cultural and historical view on Azerbaijan. He worked as a Country coordinator, later International Advisory Board Member of the Youth Employment Summit International Organization based in Massachusetts, USA. In 2012 Rovshan become a founding Secretary General of the Nizami Ganjavi International Center, a leading international cultural organization based in Baku aimed to promote Dialogue, Understanding, Learning and Tolerance. Rovshan played an active role in organizing: “Rebuilding Trust in Wider Europe” High Level Meeting of the Nizami Ganjavi IC and Club de Madrid 4-7 September 2014 Andorra, New Paradigm Consortium Meeting Baku, Azerbaijan (Nizami Ganjavi IC, Club de Madrid, Club of Rome, Green Cross International, World Future Council, UNESCO, Library of Alexandria, Partnership for Change), II Global Shared Societies Forum on Post 2015 Sustainable Development Agenda Baku, Azerbaijan 2014 (Nizami Ganjavi IC, Club de Madrid, Library of Alexandria, State Committee on work with Diaspora, Republic of Azerbaijan, World Academy of Art and Sciences). He also attended scores of major international events, including UN General Assembly 2007/2011. Fluent in English, Russian, Turkish