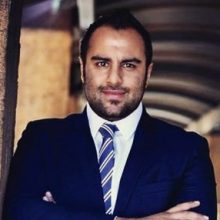 Ronak is currently a Director at Signal Risk, an African risk advisory firm. His work focuses on the intersection of politics, economics and business on the continent.

He was previously the Head of Country Risk at Rand Merchant Bank (RMB) for a number of years, where he managed a team of analysts who provided the firm with in-depth analysis of economic, political, security and operational dynamics across sub-Saharan Africa. During his time at RMB, he also served on the Africa and International Management board and a number of exco positions.

A prominent voice in print, radio and television in both the local and international media, Ronak has made frequent appearances on the likes of CNN, BBC, Al Jazeera and CNBC Africa, and also publishes regular opinion and analysis pieces. He has spoken at a number of the world’s top universities and at leading Africa focussed policy and business conferences as a moderator, panellist and keynote speaker.