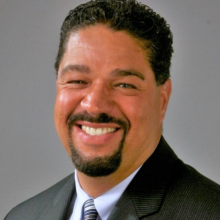 Director of Population, Environmental Security, and Resilience, the Wilson Center

Before joining the Center in 2013, De Souza served as vice president of research and director of the climate program at Population Action International, where he provided strategic guidance, technical oversight, and management of programs on population, gender, climate change, environment, and reproductive health. From 2007 to 2010, as the director of foundation and corporate relations at the Sierra Club, he led a multi-million dollar foundation and corporate fundraising program. Prior to working at the Sierra Club, he directed the Population, Health, and Environment Program at the Population Reference Bureau for 10 years, where he designed and implemented research, communications, and capacity-building projects in the United States, Africa, Southeast Asia, and Latin America and the Caribbean.

De Souza holds graduate degrees in international relations and development policy from George Washington University and the University of the West Indies.