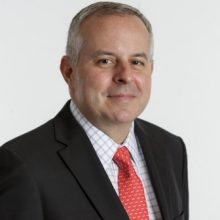 President of the Latin Center Business Unit, The Coca-Cola Company

Roberto Mercadé is President of The Coca-Cola Company’s Latin Center business unit. Previously, he served as President of the South Pacific Business Unit.

Mercadé and his team worked closely with bottling partner Coca-Cola Amatil in Australia, New Zealand, Fiji, Samoa, French Polynesia and New Caledonia, as well as independent distributors in American Samoa, Nauru and Vanuatu, to develop Coca-Cola brands and accelerate business strategies and results. Mercadé was also responsible for building relationships with key stakeholders across the region.

He has 22 years of international general management and operational system experience. Before joining Coca-Cola South Pacific, he was General Manager of South Africa’s Franchise and Commercial Operations, based in Johannesburg.

While in South Africa, Mercadé returned the business to growth with commercial execution strategies that were recognized as global best practice. In addition, he led South Africa’s company-owned manufacturing facilities, Coca-Cola Canners and Valpre Water. Prior to that, he served as the General Manager for the Venezuela and Caribbean franchise unit.