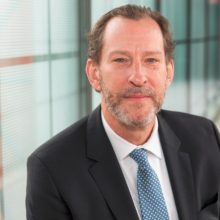 Robert Skinner is the Executive Director of the United Nations Office for Partnerships, taking up the post in July 2018. In this role, he engages partners for advancing the Sustainable Development Goals (SDGs), manages the UN’s relationship with the UN Foundation, oversees the administration of the UN Democracy Fund, and directs the SDG Advocates and the SDG Strategy Hub.

Prior to joining the United Nations, Robert was the Executive Director in the New York Office of the United Nations Foundation, where he was responsible for managing relations with various UN offices, Permanent Missions to the UN, civil society organizations, and private sector actors; communications and press; and office operations.

Before joining the Foundation in 2006, Robert held several positions in the United States Department of State, including as Deputy Spokesperson at the United States Mission to the United Nations in New York, and as Public Affairs Officer for the United States Embassy in Port of Spain, Trinidad and Tobago. He also held posts in Abidjan, Cote d’Ivoire and San Salvador, El Salvador.

Robert was an attorney in the Office of the Cook County Public Defender, Chicago, Illinois before starting his diplomatic career. Robert holds a law degree from the University of Wisconsin-Madison and a Bachelor of Science in Business Administration from Oakland University in the United States. He is married and has two children.