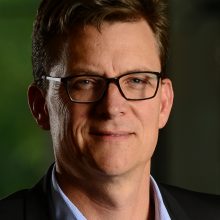 Rob Shuter has been Group President and CEO of MTN Group Limited since March 13, 2017. Mr. Shuter has extensive experience in the telecoms sector in both Africa and Europe as well as in financial services.

Before joining MTN Rob was the CEO of the Vodafone Europe Cluster responsible for Vodafone’s operations in 9 European markets. Rob’s career in the telecoms sector also included 5 years as the CEO of Vodafone Netherlands and 3 years in South Africa as the Group CFO of Vodacom Group.

After qualifying as a Chartered Accountant with Deloitte Rob spent 17 years in the financial services industry in a number of roles including serving as Head of Investment Banking at Standard Bank Group and Managing Director responsible for retail banking at Nedbank Group.

Rob is married with 3 children and his hobbies include triathlon, hiking and music.