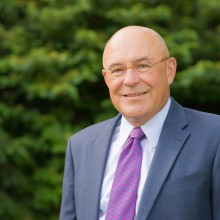 Dr. Robert Fraley is Executive Vice President and Chief Technology Officer at Monsanto. He has been with the company for more than 35 years, and currently oversees its global technology division, which includes plant breeding, plant biotechnology, ag biologicals, ag microbials, precision agriculture, and crop protection.

Often recognized as the father of agricultural biotechnology, he developed the first genetically modified organisms (GMOs) in the early 1980s as a solution for farmers battling pests and weeds that threatened their yields.

Throughout his career, he has contributed to years of agricultural development through a number of significant activities, including authoring more than 100 publications and patent applications relating to technical advances in agricultural sciences.

Dr. Fraley’s discoveries and applications of science are also routinely recognized for the tremendous impact they’ve had in supporting farmers and the agriculture demands of our planet. Some of his most distinguished honors include being recognized as a World Food Prize Laureate in 2013, receiving the National Medal of Technology from President Clinton in 1998, and receiving the National Academy of Sciences Award for the Industrial Application of Science for his work on crop improvement in 2008, among other recognitions. He holds a Bachelor of Science and a Ph.D. in microbiology/biochemistry from the University of Illinois, an executive degree in business management from Northwestern University, and was a Biophysics postdoctoral fellow at the University of California – San Francisco.