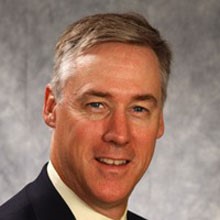 Ambassador Swett, a licensed architect, has thirty years experience in the architecture and energy fields. He most recently was the Managing Principal of the DC office and international contracts of Leo A. Daly Architects.

He worked as an alternative energy entrepreneur in the Northeast, building biomass power plants in New Hampshire.

He served as a member of the US House of Representatives from New Hampshire from 1991-1995. He then served as the US Ambassador to Denmark from 1998-2001.

While serving as Ambassador, he reorganized the management and staff relationships within the Embassy to create a cross-disciplined, team based structure, resulting in smoother transfers of information and co-operation between departments. Subsequently, he consulted with the US State Department to expand this innovation department-wide.

He was a contributing author for «A Nation Reconstructed», 1997, and authored «Leadership by Design: Creating an Architecture of Trust», 2005.