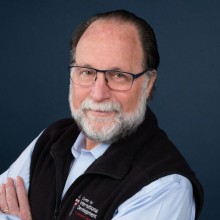 Ricardo Hausmann is Director of Harvard’s Center for International Development (CID), where he leads the Center’s focus on solving global challenges with breakthrough research on economic growth, institutional capability and policy design. He also leads CID’s Growth Lab, which works on theories of growth and structural transformation, develops practical tools to apply these theories and uses them in selected country studies. He is a Professor of the Practice of Economic Development at the Harvard Kennedy School of Government and the George A. Cowan Professor of the Santa Fe Institute. He has advised governments in over 40 developing countries on creating effective growth strategies and development policies.

Previously, he served as the first Chief Economist of the Inter-American Development Bank (1994-2000), where he created the Research Department. He has served as Minister of Planning of Venezuela (1992-1993) and as a member of the Board of the Central Bank of Venezuela. He also served as Chair of the IMF-World Bank Development Committee. He was Professor of Economics at the Instituto de Estudios Superiores de Administracion (IESA) (1985-1991) in Caracas, where he founded the Center for Public Policy. His research interests include issues of growth, macroeconomic stability, international finance, and the social dimensions of development. He holds a PhD in Economics from Cornell University.