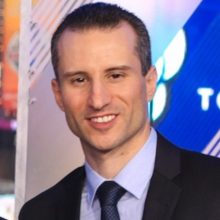 Initially, The Raisner Group purchased distressed apartment buildings auctioned off by banks. Since then, it has made instrumental contributions to the rebirth of Brooklyn.

Under his leadership, Proteus has raised capital domestically and internationally since 2009. It has been active in non-performing notes and fee simple transactions, and focuses primarily on value-add, residential and mixed-use real estate investments in New York City. Most of the firm’s acquisitions have taken place in the outer boroughs, with an emphasis in the emerging Brooklyn neighborhoods of Bushwick and Bedford-Stuyvesant.

Starting 2013, The Raisner Group also became involved in PropTech, through its affiliate Raisner Tech Ventures, and made seed round investments in such startups as TheGuarantors, Enertiv, RealCrowd, LeasePilot, Nooklyn and PlotBox.

Prior to creating his company, Mr. Raisner worked as an equity trader for a hedge fund in New York and as a private equity investor in Argentina.

In conjunction to being an entrepreneur, Mr. Raisner has been a contributor to numerous international and domestic media outlets since 2011. His articles have been featured in publications including Forbes, Le Monde, the Philadelphia Inquirer, the Observer and The Huffington Post (U.S., Canada, France, Italy and Mexico editions) and have been published by think tanks such as The Berggruen Institute, The World Economic Forum and The Urban Land Institute.

He holds a MBA from Columbia Business School with Dean’s List honors, and attended Universidad de San Andres in Buenos Aires. He is a CFA Chartherholder, a Foreign Trade Advisor to the Government of France and a Founding Member of the Transatlantic Forum of the French-American Foundation.

He is a frequent lecturer at universities and conferences, and is involved in various New York City organizations committed to ending homelessness and economically empowering lower-income communities.

He grew up in Paris and played professional basketball prior to his career in business.