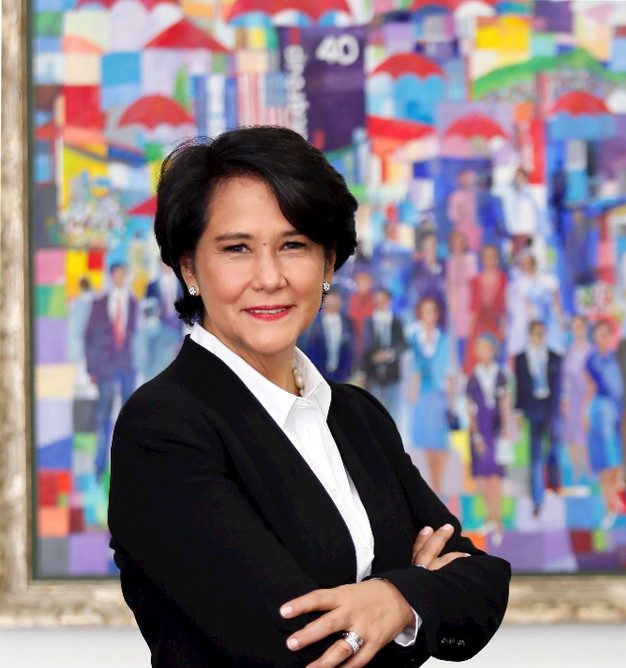 Reina Irene Mejia is the CEO of Citi Honduras and Corporate and Investment Bank Head for Honduras and oversees clients in Nicaragua from Honduras since September 2013. She is secretary of the Board of Directors for Banco de Honduras and for Grupo Financiero Citibank Costa Rica, President of the Board for Citi-Credito and Citi-Inmobiliaria Honduras. She has been with Citi for more than 20 years in diverse roles.

Before her designation as CEO, Reina Irene was Director for the Institutional Client Group (ICG) Honduras and Nicaragua for six years. Reina is the first Honduran woman appointed as CEO in Citi Honduras.

Reina joined Citi as a Senior Relationship Manager in 1996; since then has held different positions including Global Transaction Services Head, Financial Institutions and Public Sector Head and Regional Manager in San Pedro Sula, Honduras. Reina Irene has participated on several and complex deals and has been a key player in all significant Corporate Finance transactions in Honduras and Nicaragua. She has also participated on several bond issuances around the world, including Latin America, Asia, USA and Europe. In addition, Reina has participated in important internal audits in the franchise in Latina America and Asia. She actively participated in the sale of the Consumer Business in Honduras, Nicaragua and El Salvador and led the divestiture process in Honduras as well as establishing the new Bank in Honduras.

Reina was member of the Citi Global Diversity Network representing America’s Women Network (including Canada and United States) from 2015 to 2017. In addition, she is the business sponsor of Honduras Women network and leading member of the Women Ambassadors for Latin America.

President of the American/Honduran Chamber of Commerce (AMCHAM) for the 2019-2021 period. She seats on the Board of the Honduras Banking Association (AHIBA), on the Board of the Ceproban (ACH Chamber/Honduras only VPN). Reina is a Breast Cancer Survivor and as such, she has the commitment to elevate the awareness of the disease in the country to increase the survivorship rate in Honduras. She does this by participating as “Honorary Member” of the Honduras Foundation against Breast Cancer (FUNHOCAM). She is a member of the Board of Trustees of Universidad Tecnologica Centroamericana – Unitec since 2018. She also is the President of the Board of Director of the American School of Tegucigalpa where her kids attend school.

“Estrategia y Negocios” and Forbes C.A. named Reina as one of the most influential women in Honduras and Central America for 2017, 2018 and 2019.

Reina Irene holds a degree in Economics with a concentration in Money and Banking and has an MBA from Southern Illinois University at Carbondale Illinois. She is member of the Hall of Fame of SIU, Illinois. In addition, she holds a superior degree on Family orientation and behavioral orientation from UNITEC.

Reina Irene and her husband Enrique are proud parents of Irene, Fernando and Pablo.