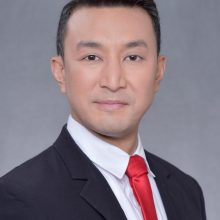 Ramy Inocencio is the Asia correspondent for CBS News, based in Beijing. He joined CBS News in April 2019 and contributes to all broadcasts and platforms.

Inocencio has two decades of experience reporting across Asia, America and Europe covering numerous international news stories of our era with live coverage and original reporting of major geopolitical events, natural disasters and emerging technology trends around the globe.

Before joining CBS News, Inocencio was a New York-based anchor and correspondent for “Bloomberg Daybreak: Asia.” At Bloomberg Television, he covered the first face-to-face summit between President Donald Trump and Chinese President Xi Jinping from Mar-a-Lago, reported from Paris on the 2016 Bastille Day terror attack and traveled across the United States in 2015 for “Wiring the World,” his technology innovation series. He also anchored for Bloomberg Radio and launched two daily podcasts on U.S.-Asia Pacific economic and financial ties.

Prior to Bloomberg, Inocencio was the Wall Street Journal’s Deputy Asia-Pacific Editor for video streaming operations and host of the WSJ’s weekly technology show “Digits” in Hong Kong. He also shot, edited and filed stories on the ground from across Asia, including devastation in the Philippines following Typhoon Haiyan in 2013, Hong Kong’s pro-democracy Umbrella Revolution in 2014 and coverage from Manila for Pope Francis’ first visit to the Philippines in 2015.

Inocencio first worked in China as a U.S. Peace Corps volunteer in 2000 teaching environmental science to college students in rural Sichuan province. He later worked at the World Wildlife Fund in Beijing, as a national drive-time DJ for China Radio International and as a TV host for CCTV International.

A champion of newsroom diversity, internationalism and volunteerism, Inocencio has served as national senior vice president for the Asian American Journalists Association (AAJA) and as global co-lead of Bloomberg’s Pan-Asian Community (BPAC). He is a past president of the New York alumni chapter of the East-West Center (EWC), a Hawaii-based think tank that promotes better relations and understanding between the U.S., Asia and the Pacific. He is a 2009 fellowship recipient of the EWC’s Asia-Pacific Leadership Program and a 2019 fellowship recipient of the EWC’s Asia-Pacific Journalism Fellows program to Taiwan. In 2016, he was named one of the “50 Best Asian Americans in Business” award by the New York-based Asian American Business Development Center.

Inocencio, a graduate of the College of William and Mary in Virginia, is the firstborn American son of immigrant parents: his father hails from the Philippines, his mother from Singapore. Inocencio speaks Mandarin Chinese and is married to Hsin-I Huang, a Taiwanese classical pianist and Queens College professor in New York. They have a South Korean rescue dog named Cooper.