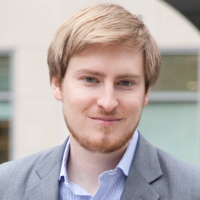 R. David Edelman is Director of the Project on Technology, the Economy, & National Security (TENS), part of the MIT Internet Policy Research Initiative (IPRI). He holds joint appointments in the Computer Science & Artificial Intelligence Lab (CSAIL) and the Center for International Studies (CIS). Edelman earned his bachelor’s degree from Yale, and Master’s and Doctoral degrees from Oxford, where his scholarship focused on the intersection of international security and cybersecurity.

Edelman comes to MIT following a distinguished career managing domestic and foreign policy in the U.S. federal government. Until January 2017, Edelman served at the White House as Special Assistant to the President for Economic and Technology Policy at the National Economic Council (NEC) and Office of Science & Technology Policy (OSTP). In that role he led the White House team focusing on the digital economy — including broadband, telecommunications, spectrum, and technology trade — as well as consumer cybersecurity, domestic and international data privacy, high-tech patent and copyright issues, and antitrust/competition. From 2010 – 2012 Edelman served as the first Director for International Cyber Policy on the National Security Council (NSC).

In his six years at the White House he led the development of and co-authored over a dozen legislative proposals, national strategies, Executive Orders, and Presidential reports — including the High Tech Patent Task Force; the Big Data Report to the President; EU-U.S. data privacy frameworks; and various consumer privacy bills. He also led engagement with over 100 technology companies; advised the President on a range of emerging technologies such as big data, drones, and autonomous vehicles; and designed and managed over $15 billion of signature programs focused on technology, education, and economic opportunity.

Previously Edelman served at the State Department’s Office of Cyber Affairs, where he developed the U.S. government’s early diplomatic strategy and legal doctrine on cyber issues, and later served as the United States’ lead negotiator on Internet issues at the United Nations.

He was awarded the State Department’s Superior Honor Award for his work on intelligence matters, and was twice the recipient of the Meritorious Honor Award for his United Nations negotiations and development of the nation’s cyber diplomacy strategy. He is a Term Member of the Council on Foreign Relations, was previously named one of Forbes Magazine’s “30 Under 30” leaders in Law & Policy, and later chosen as a “30 Under 30 All-Star Alumni” for his ongoing contributions to national policy.