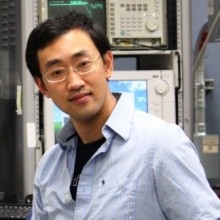 Dr. Cao received his B. Sc. degree in Chemistry from Nanjing University in 2004 and his Ph.D. degree in Materials Chemistry from the University of Illinois at Urbana-Champaign in 2009. He then joined IBM T.J. Watson Research Center as a postdoctoral scientist in the Thin-Film Photovoltaic Science & Technology group. Currently, he works as a research staff member in the Nanoscale Electronic Device Group. His research interests include functional nanomaterials for unconventional electronic systems, high-performance logic devices, and low-cost energy harvesting.

Dr. Cao is the recipient of IBM Pat Goldberg Memorial Best Paper Award (2017), IBM Mater Inventor Award (2016), IBM Research Division Award (2016), US Frontiers of Engineering by National Academy of Engineering (2016), IBM Outstanding Technical Achievement Award (2015), IBM Invention Achievement Award (2011-2017, 15 times), Chinese Government Award for Outstanding Self-financed Students Abroad (2009), MRS Graduate Student Silver Award (2008), Best Student Paper Award from the 7th International Semiconductor Technology Conference (2008), and Lester E. & Kathleen A. Coleman Fellowship from the University of Illinois (2006).  He made Forbes’s list of “30 Under 30” for 2012 in the Science category, as “the field’s brightest stars under the age of 30 representing the entrepreneurial, creative and intellectual best of their generation”, and further received the distinction of this list’s “most influential All-Star Alumni” in 2016. MIT Technology Review listed him in 2016 as one of the top thirty-five global innovators under the age of thirty-five (TR35).  The Atlantic Council selected him in 2017 as one of 21 “rising leaders and innovators around the world committed to achieving transformational change with a global impact” (Millennium Fellow).