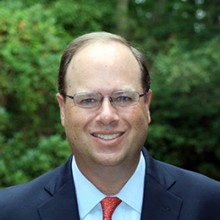 Member, Board of Directors

Prescott Stewart is the Executive Director of Advancement at the University of Massachusetts Medical School where he is responsible for Principal and Major Gift fundraising and oversight of the School’s upcoming comprehensive capital campaign.  Prior to joining UMMS, Prescott spent eight years at the Harvard Business School where he most recently was a Senior Director of Principal Gifts and Director of University Priorities.   Prescott also has held senior roles at the University of Hawaii, Trinity College and the Salisbury School, the latter two being institutions from which he graduated.  Prescott, his wife and two daughters live in Concord, MA, where they are active members of the Trinitarian Congregational Church.  Prescott also serves on the Board of Trustees for the Nantucket Conservation Foundation.