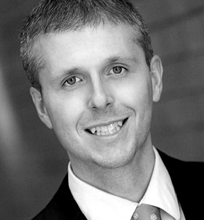 Earlier in his career, Porter worked in the office of Congressional and Public Affairs at the U.S. Chamber of Commerce and in the Government Relations Practice Group at Powell, Goldstein, Frazer, and Murphy.

Porter has substantial experience working on global development and health issues.  Over the last twenty years, Porter has represented several high-profile foundations, NGOs, international organizations and celebrities on political strategies that resulted in multi-billion dollar funding increases for U.S. development assistance programs, and the bipartisan passage and signing into law of major development legislation. Porter also has advised a number of Fortune 500 companies on their corporate social responsibility programs around the globe.

Porter has traveled extensively throughout Sub-Saharan Africa, and other areas of the developing world. Porter also has worked extensively on national security issues, having formerly served as an intelligence analyst for the Department of Defense, and having worked for several international companies as a political consultant on defense policy and contracting issues.

Porter is a Washington D.C. native, having grown up in Northwest D.C. and attended the St. Albans School for Boys. Porter and his wife Betsy and their two young children live in Arlington, VA.