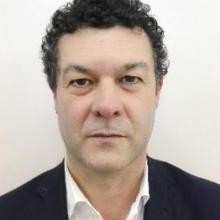 Philippe Leclerc is the Representative of the United Nations High Commissioner for Refugees (UNHCR) in Greece since December 2015.

He graduated in International Law (Paris 1986) and served as Cultural Attaché for the Embassy of France in Tirana, Albania (1987-1988). He has been working for UNHCR since 1990 in various positions throughout the world.

He has served as Assistant Chief of Mission in Kabul, Afghanistan (2002-2003), Head of the Statelessness Unit within the Division of International Protection at UNHCR Headquarters in Geneva (2004-2008), and Deputy-Representative in Damascus, Syria (2008-2010). He also participated in many emergency missions to the field, the last of which was in the Central African Republic from December 2013 to February 2014. He was the Representative of the United Nations High Commissioner for Refugees (UNHCR) in France and Monaco from November 2010 to November 2015.