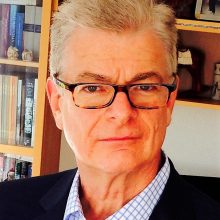 Philip Gambaccini is an international business adviser specializing in indirect taxation. He has worked with numerous manufacturing companies and financial institutions with interests in vapor products including electronic cigarettes and heated tobacco products. After spending several years in international banking, Phil moved to the corporate world where he was a principal interlocutor with governments and other stakeholders around the world on excise tax and trade policy. He was among the first to write about the taxation of electronic cigarettes in a paper published in Tax Notes International in 2014 and has been a featured speaker on the topic at industry conferences in Europe and the United States. He has gone on to publish numerous articles on taxation of vapor products and currently publishess the vaporproductstax.com website. Phil is a graduate of Georgetown University and New York University’s Stern Graduate School of Business. He resides in Pully, Switzerland.