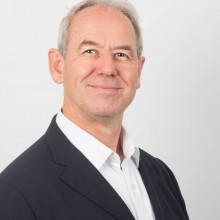 Peter McAllister has spent more than 20 years engaged in international development and rights-based initiatives around the world. He is the Executive Director of the Ethical Trading Initiative (ETI), a groundbreaking alliance of companies, trade unions, and voluntary organizations that works in partnership to improve the working lives of poor and vulnerable people across the globe. He joined ETI in October 2010 and has led a review of ETI’s approach to ensure that it is able to demonstrate impact for workers and value for its members.

Previously, Peter spent seven years at the Geneva-based International Cocoa Initiative (ICI), which brings together global food companies, trade unions, and NGOs to eliminate the worst forms of child labor and forced labor from the international cocoa industry. He earned an impressive reputation amongst stakeholders for his clarity of leadership, and for ICI’s positive impact on the lives of many cocoa-producing families, as well as on producer policy and the sourcing practices of major global brands.

Prior to ICI, Peter spent 13 years working in leadership roles for the international development NGO CARE, including strategic roles in India and west and southern Africa.