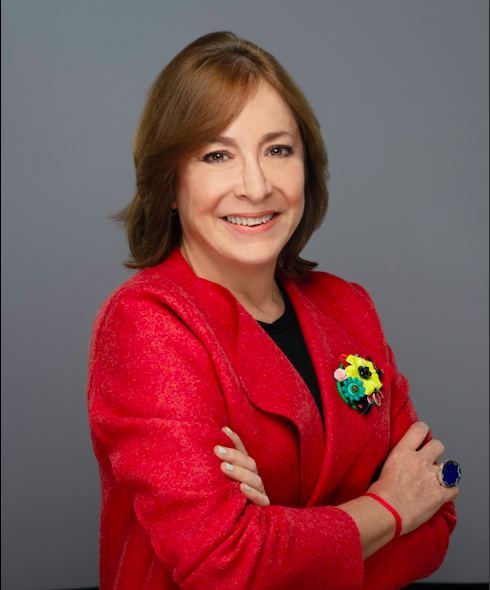 Paula Santilli is the Chief Executive Officer of PepsiCo Latin America, leading the company’s food and beverage businesses for Mexico, South America, Central America, and the Caribbean. PepsiCo products are enjoyed by consumers more than one billion times a day in more than 200 countries and territories around the world. PepsiCo generated more than $67 billion in net revenue in 2019, driven by a complementary food and beverage portfolio that includes Frito-Lay, Gatorade, Pepsi-Cola, Quaker and Tropicana. PepsiCo’s product portfolio includes a wide range of enjoyable foods and beverages, including 23 brands that generate more than $1 billion each in estimated annual retail sales.
Paula became the Chief Executive Officer of PepsiCo Latin America in May 2019, with full P&L responsibility of $7.6 billion in annual net revenue. LatAm supports over 70,000 direct jobs in 34 emerging and developing markets and has over 40 production plants and over 24,000 sales routes. She is a member of PepsiCo’s Executive Committee.

Previously, she served as the President of PepsiCo Mexico Foods (PMF), which includes the operation of Sabritas, Quaker, Gamesa, and Sonric’s and is one of the largest food companies in Latin America with over $3 billion dollars in sales. In this role, she was also President of the PepsiCo Mexico Foundation.

Prior to that, she was Chief Operating Officer (COO) of all business units of PepsiCo Mexico Foods, providing leadership for Sales, Marketing and Operations. Additionally, as COO, Paula helped guide strategy and played a leadership role in talent development for the business. Before that, as Vice President and General Manager for our Savory business in Mexico, Paula was responsible for Sabritas, Doritos, Cheetos, Ruffles and other leading snack brands.

Paula’s experience also encompasses leadership roles in Beverages in Mexico, as well as in Foods and Snacks in the Latin America Southern Cone region comprising Argentina, Uruguay and Paraguay. Paula joined PepsiCo in December 2001 when PepsiCo acquired the Quaker Oats Company. She had worked for Quaker since 1992, adding up to a 28-year trajectory at PepsiCo. There she ran the regional Quaker Foods and Gatorade businesses in Argentina, Chile and Uruguay. Before joining PepsiCo, Paula worked for Campbell’s Soups and Kellogg’s in Argentina in marketing roles.

Paula is committed to generating inclusive growth in Latin America and contributing to the well-being of the communities in which PepsiCo operates. She is also a strong champion of diversity and inclusion, increasing women representation in Mexico. In February 2020, she published the book “The Power of Empowerment: Women Building Latin America” together with Mónica Bauer, VP of Corporate Affairs PepsiCo LatAm, and Marty Seldman, an executive coach.

In 2019 and 2020, she was included in Fortune’s 50 Most Powerful Women International list and, in 2019, in Forbes’ 100 Most Powerful Women list. She was also included in LinkedIn’s Latin America’s Top Voices 2019 list as recognition to the content that she publishes on this digital platform. In 2020, she was also recognized as a LinkedIn Influencer.

In 2020, she was recognized by the Women Economic Forum with the “Exceptional Women of Excellence” award, which recognizes the achievements and leadership of outstanding women in different areas of human endeavor, celebrating diversity and equity.

She is also a sponsor of the Inspira Program in Latin America, which seeks to propel female executive development within the business. In 2014, she won the Catalyst Practices Recognition in NY, which distinguishes innovative initiatives focused on the recruitment, development and promotion of women in business.