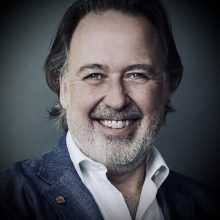 Paul Rossi is a globally recognized leader with a track record of transition and transforming media and agency businesses. Most recently he was the CEO of the Carbone Smolan Agency, an independent Brand and Design agency based in New York. Prior to joining CSA Paul was President of The Economist Group’s global media businesses running all of the Group’s media properties which included The Economist, The World in and 1843 magazines. During his time at The Economist he grew the publication from being a niche magazine to a leading media brand on multiple platforms. His work in building The Economist brand and business lead to it being named the ‘hottest’ magazine in America and Paul was named Executive of the Year by Adweek and a Top Innovator by Media Business.

After building out The Economist’s marketing services businesses include acquiring two agencies he focused on helping brands as they migrated from traditional advertising to using meaningful content to engage customers in print, online, on social media, and in person.

Paul is truly a global citizen. He has lived and worked on four continents and is a frequent commentator on the changing role of media and advertising. In 2018 Paul received the IAAs inaugural global compass award alongside Ogilvy’s Shelly Lazarus and Unilever’s Paul Polman.