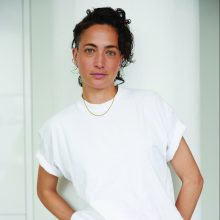 Paola Ramos is the host of VICE’s “Latin-X”, a weekly contributor for Telemundo News, frequent contributor for MSNBC and a fellow at Laurene Powell Jobs’ foundation, Emerson Collective. Ramos was the former Deputy Director of Hispanic Media for Hillary Clinton, as well as a former political appointee in the Obama White House and an Obama 2012 campaign staffer. Throughout all of these platforms, Ramos has focused on using creatives means to uplift the stories and voices of the Latino and immigrant community.

Ramos is also in the process of writing her first book, which defines the Latinx movement and reimagines its power across the US. The book will be published by Penguin/ Random House in August 2020, ahead of the Presidential Elections.