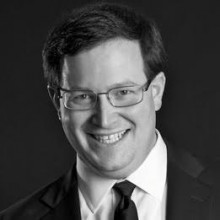 Oliver B. Libby is Managing Director and co-founder of Hatzimemos / Libby, a strategy and venture firm based in New York City. Founded in 2009, the firm is dedicated to enhancing and accelerating companies at various stages, focusing on key growth industries that add value to society. The core sectors for Hatzimemos / Libby include clean energy, biotechnology, and data science. The firm’s unique Growth Catalyst model – including its initial investment of strategic support and a deep partnership development platform – helps its portfolio companies and their leaders achieve the next stage of their success through active and regular engagement and support.

Mr. Libby also chairs the Board of The Resolution Project, Inc., a non-profit organization based in New York City which he co-founded in 2007. Resolution’s Social Venture Challenges, held at leading youth conferences around the world, identify undergraduate students who wish to launch new social ventures. The resulting Resolution Fellowships include dynamic, hands-on mentorship and grants to implement their social ventures; a full ecosystem of support that empowers the recipients to develop as socially-responsible leaders. Hundreds of Resolution Fellows are working on diverse ventures in high-impact fields and have benefitted over 600,000 people to-date in nearly 60 countries on all six inhabited continents, including all across the United States.

From 2003 to early 2009, Mr. Libby was a consultant at Giuliani Partners LLC, a management consulting firm founded by former New York City Mayor Rudolph W. Giuliani. At Giuliani Partners, Mr. Libby served as Chief of Staff to Eric Hatzimemos, the firm’s Executive Managing Director. Mr. Libby also volunteered as the Deputy Director of Energy Policy for the Giuliani for President Campaign, working with Mr. Hatzimemos and experts across the country to draft a comprehensive, nonpartisan national energy policy for the United States of America.

Mr. Libby serves as a Trustee of the Harvard Club of New York City’s charitable Foundation and as a Harvard College interviewer. He is a Presidential Leadership Scholar, a member of the Clinton Global Initiative’s LEAD group, a founding GLG Social Impact Fellow, a NationSwell Councilmember, a mentor at the Intel Education Technology Accelerator, an Advisory Board member at Project HEAL, and a guest judge for The Hult Prize and Echoing Green.