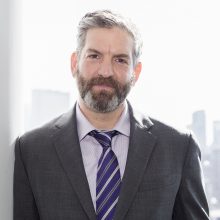 Noah Shachtman is the Editor-in-Chief of Rolling Stone. From 2018 to 2021, he served as the Editor-in-Chief of The Daily Beast. A former non-resident fellow at the Brookings Institution, he also worked as Executive Editor for News at Foreign Policy and as a contributing editor at Wired, where he founded the Danger Room blog, which won a National Magazine Award and an Online Journalism Award Shachtman has reported from Afghanistan, Israel, Iraq, Qatar, Kuwait, Russia, and elsewhere around the world. He has contributed to The New York Times Magazine, The Wall Street Journal, The Washington Post, and The Bulletin of the Atomic Scientists, among others. Prior to his career in journalism, Shachtman was a campaign staffer in the Bill Clinton 1992 presidential campaign, a book editor, and professional bass player.