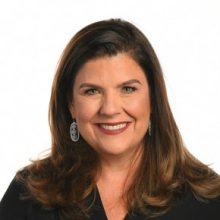 Nicole Carroll is Editor in Chief of USA TODAY. She was named to her current position in March 2018. Prior to that, she served as Vice President/News and Editor of The Arizona Republic and azcentral.com. During her time at the Republic, the staff twice was named a finalist for the Pulitzer Prize in Breaking News. In 2018, the Republic and the USA TODAY Network won the Pulitzer Prize in Explanatory Reporting.

Carroll graduated from the Arizona State University Walter Cronkite School of Journalism in 1991. She earned her master’s degree from Georgetown University in 1996. After graduation from ASU, she held reporting and editing jobs at the El Paso Times, USA TODAY and the East Valley (Mesa) Tribune.

Carroll joined The Arizona Republic in 1999, where she held positions ranging from city editor to planning editor to managing editor for features. She was named Executive Editor of the Republic and azcentral.com in 2008. That same year, Carroll was inducted into the Walter Cronkite School of Journalism and Mass Communication Alumni Hall of Fame. In 2015, she was named Vice President of News and Editor, and in 2016 she added regional responsibilities, serving as Southwest Regional Editor for the USA TODAY Network.

Carroll received The National Press Foundation’s prestigious 2017 Benjamin C. Bradlee “Editor of the Year” award. She currently serves as a member of the Pulitzer Prize board.