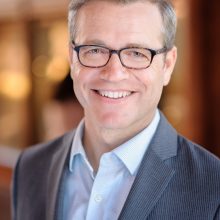 He has served on multiple nonprofit boards and advisory boards, including the Center for Responsive Politics and the Homeless Empowerment Project.