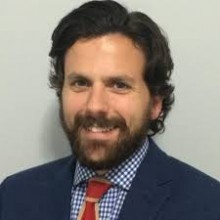 Nick Juliano is POLITICO’s deputy energy editor, helping to oversee coverage of oil and gas, utilities, renewable energy and climate change among other topics. Before joining POLITICO in June 2015, Juliano was a Capitol Hill reporter for Environment & Energy Publishing’s E&E Daily and Greenwire; he previously worked for Platts’ Inside Energy and Inside Washington Publishers’ Inside EPA as well as several local newspapers. An Ohio native, Juliano holds an undergraduate degree from the E.W. Scripps School of Journalism at Ohio University and a masters’ in political science from American University’s School of Public Affairs. He lives in Washington, D.C., with his wife and dog.