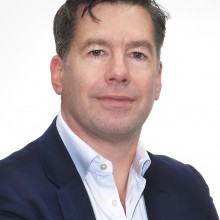 Nick was appointed as the inaugural CEO of the Freedom Fund in January 2014. The Fund is an ambitious effort to mobilize the knowledge, capital, and will needed to end modern slavery.

In its first three years of operation the Freedom Fund has worked with some 100 frontline partners around the world to directly liberate 10,900 people from slavery and return over 28,000 at risk children back to school. Overall, its programs have positively impacted the lives of over 280,000 of those most vulnerable to exploitation. And it is changing the systems that place many millions more at risk of slavery.

Nick is also Co-Chair of the Jo Cox Foundation, and a Member of the Board of Girls Not Brides, the Global Partnership to End Child Marriage, and of Transparentem, an initiative to investigate abuses in supply chains.

Prior to the Freedom Fund, Nick was the inaugural CEO of the Walk Free Foundation, a leading international actor in the fight against modern slavery. And before Walk Free, Nick was the Deputy President and Chief Operating Officer of the International Crisis Group (ICG), the world’s leading conflict prevention NGO, headquartered in Brussels, Belgium, with offices in over 20 countries.

Nick is a lawyer by background and, prior to ICG, he was Chief of Staff and National Security Adviser to the Australian Attorney-General. He has a law degree with first class honors from the University of Sydney and a Master’s in Public Policy from Princeton University.