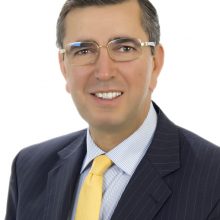 Lawyer of the Catholic University of Colombia. Specialization in Administrative and Constitutional Law. Twenty-five years of professional experience in judicial defense of public and private interests.  He has served as a Litigant, Consultant and Adviser of diverse State entities at all territorial levels. He has also been an advisor and consultant to the Ministry of the Interior and Justice. In the Environmental sector, he served the Bogotá Environment Secretariat (then DAMA), as well as the Special Administrative Unit of the Ministry of the Interior. System of National Natural Parks – Ministry of the Environment; and to the Embassy of the Kingdom of the Netherlands as Coordinator of the Program “Strengthening of Institutional Management through the Improvement of the Infrastructure of the Protected Areas of the Protected Areas of the Amazon / Orinoquía Territorial Directorate”  Since 2007, he has been linked to the Autonomous Regional Corporation of Cundinamarca, first as an external Advisor (2007-2012) and since August 2012 as General Secretary of the entity, during which time he assumed various positions as General Manager in charge.  As of January 1, 2016, he is the General Director elected through Agreement No. 028 of October 20, 2015, of the Board of Directors of the CAR, for the 2016-2019 institutional period.