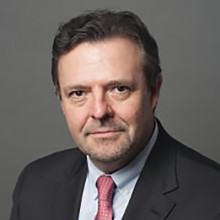 Neil Hicks advises Human Rights First programs on a wide variety of international human rights issues, and serves as a resource to the organization in identifying opportunities to advance human rights around the world. Neil also writes and conducts advocacy on issues relating to human rights promotion in the Muslim world, and on the impact of counterterrorism measures on human rights. Between 2002 – 2007, Neil was the director of the Human Rights Defenders Program.

Neil is a member of the Egypt Working Group, a bi-partisan group of policy experts that has been advocating for democratic change in Egypt since prior to the popular uprising that overthrew President Mubarak in February 2011.

Before joining Human Rights First, Neil worked as a researcher for the Middle East Department of Amnesty International in London, where he worked between 1985 and 1991. He has also served as human rights project officer of Birzeit University in the West Bank.